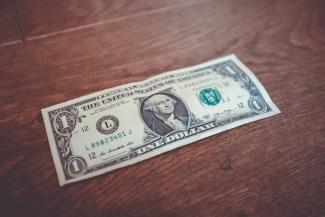 The Rundown - What's All This Talk About Inflation?

Should we worry about inflation?

The discussion surrounding inflation is heating back up, with many high-profile money managers saying inflation could be one of the biggest risks to the future performance of the market. We think it certainly demand attentions, but how much impact it will have on our portfolios is still up for debate.

“…Only gains in purchasing power represent real earnings on investment. If you (a) forego 10 hamburgers to purchase an investment; (b) receive dividends which, after tax, buy two hamburgers; and (c) receive, upon sale of your holdings, after-tax proceeds that will buy eight hamburgers, then (d) you have had no real income from your investment, no matter how much it appreciated in dollars. You may feel richer, but you won’t eat richer.”

Put another way, it doesn’t matter how much money you make in an investment if it provides no positive impact in how much of something you could buy. Let’s say invested $2.50 and it grows to $4.00. But, over the same time the price of gas inflates from $2.50 to $4.00. Have you actually made money on your original investment? Yes, of course? Can the money you made put more gas in your tank? No.

This is the foundation of inflation risk. If costs go up, and investments don’t outperform the same rise, then your money is in essence going backwards. Seems pretty simple, right?

So then, why all the talk about inflation? The main reason, government intervention through monetary and fiscal stimulus. Think two things. Stimulus bills from Congress and low interest rates from the Federal Reserve. These two activities have resulted in a massive influx of cash into the “system” (economy). The logical assumption is this should lead to more inflation. More money, more demand, higher prices seem the typical reasoning to which economists and money managers are resorting.

Let’s play that scenario out a bit further and ask how this could effect our investments?

In the fixed income world, higher inflation is a threat. Primarily for two reasons. First, with the interest paid on bonds typically being fixed amount for a set period of time, inflation erodes the purchasing power of future cash flows. Just think back to our gas example, as inflation goes up the “real” value of the interest on bonds goes down. Secondly, if inflation starts to heat up, this can push interest rates on bonds higher. When interest rates move higher, bond prices fall. So, when it comes to bonds, a big rise in inflation and/or interest rates can be negative for bonds.

On to stock investing. Historically, higher rates of inflation tend to favor more value-oriented companies than growth. Why? Well, the long answer involves a multitude of different factors. But the base case is that inflation increases the cost of capital investment. Growth companies primarily reinvest the money they earn to continue furthering their own growth. If that re-investment of capital costs more, you can estimate that it will put downward pressure on a company’s profits. Value companies on the other hand tend to have more steady sources of cash flow, thus requiring far less investment of capital. This does not make them immune to inflation but certainly less susceptible to a growth in inflation rates.

So we should just favor value then right?

Like we said, it’s not that simple. Although value can outperform in times of higher inflation, there is no guarantee that we are going to see a rapid rise. We aren’t looking to make drastic portfolio rebalances on the potential future of inflation. That, to us, is far too speculative. We prefer to acknowledge the likelihood of future inflation and prepare for that changes. Does this mean an increase in value allocations? Yes, most likely. It also means a constructive approach to the role bonds will play in the future, and the types of alternatives we can utilize as bond proxies.

Let’s be ready for inflation if and when it comes. But let’s certainly not speculate in the process.